The exhibition presents one of the most intriguing artistic phenomena of our time: the fusion of the visual and the performing arts. Today, more often than not, a visit to an exhibition does not merely offer new visual impressions. Instead, it is a more comprehensive experience that involves all the senses. Artists combine video, performance, dance and language, creating intermedial works. In some cases, this results in giving the visitors, the opportunity to give up the distanced position of the viewer and become part of the work.

The fusion of the arts that causes the boundaries between the disciplines to disappear is a phenomenon of contemporary art that emerged in the 1960s. The term intermedia was used to celebrate the diversity of artistic possibilities, and experiments combining music, theatre, visual art and literature were launched. The Fluxus movement with its Happenings and use of new media was especially influential in shaping this broader concept of art. Today in 2020, the extension of artistic media into all conceivable fields has long since become widely accepted. The exhibition brings together works that playfully move between different artistic disciplines – performative sculptures, sound works and installation art, as well as performances. 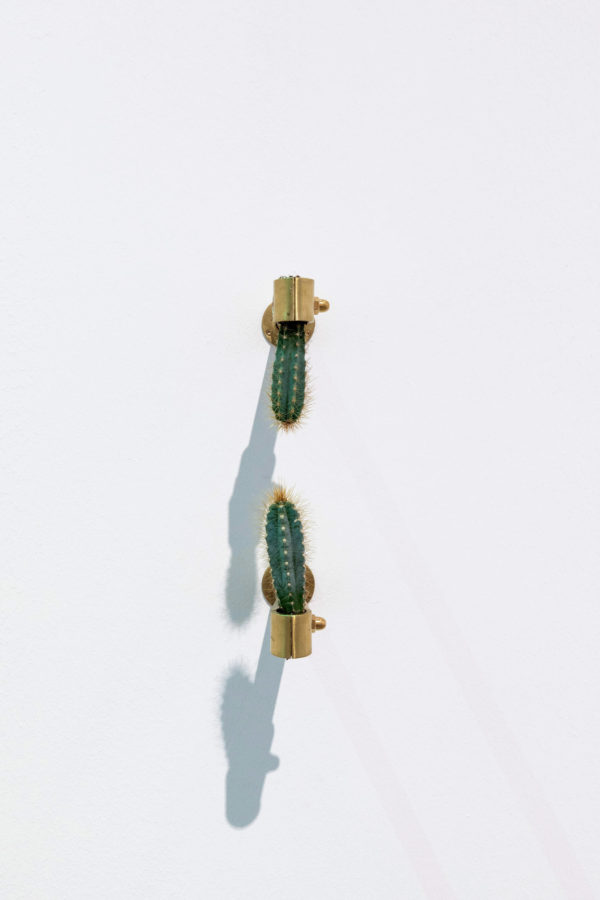 Rachel Monosov’s work is characterised by a great diversity of media. She uses her performances, photographs, videos and sculptures as a means to artistically explore social and political phenomena.
Christian Falsnaes 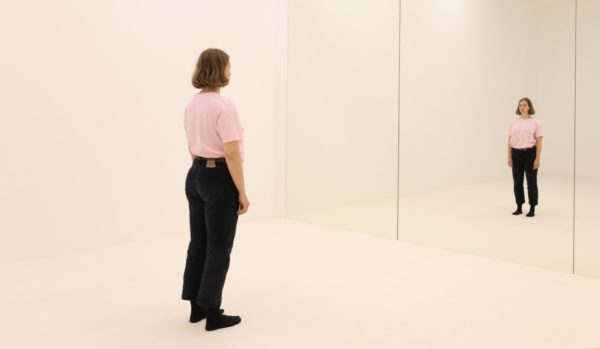 Christian Falsnaes’ works are brought to life when they are activated by the audience. More and more often the visitors are the sole protagonists of his works. The artist withdraws as a protagonist and develops concepts that others execute. In this context, he is interested in questions of authority and hierarchy, social rituals and group dynamics, in both art and daily life.
Begüm Erciyas 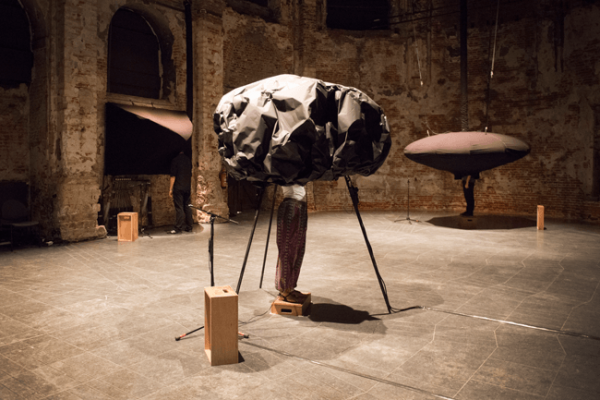 In Voicing Pieces, the visitor’s voice becomes a protagonist in the enactment. In the intimacy of a booth, visitors are led by a simple score.
Gisèle Gonon 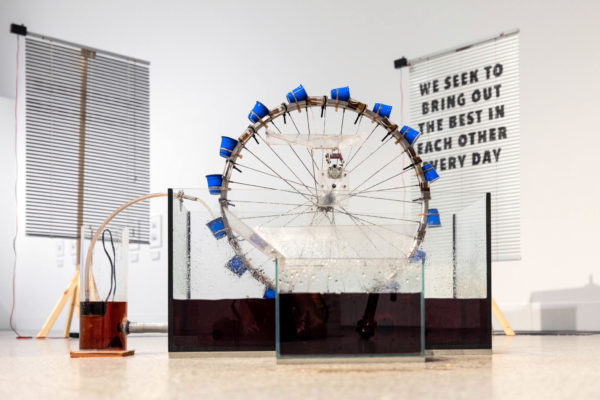 Gisèle Gonon – Work With Us

Gisèle Gonon works in diverse media, often combining sculpture, drawings, video and sound. She is especially interested in the forms, colours, functions and social context from which a medium emerges.
Dries Verhoeven 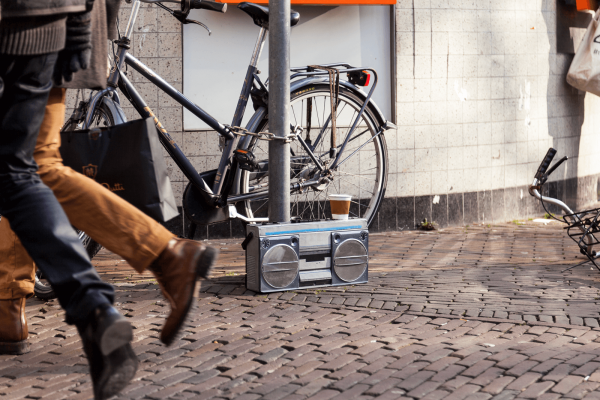 Dries Verhoeven works at the intersection between performance and installation, seeking to complicate the relationship between viewers, performers, real-life situations and art.
Simnikiwe Buhlungu 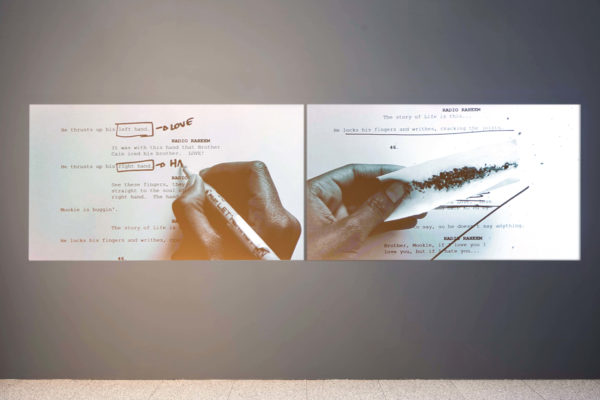 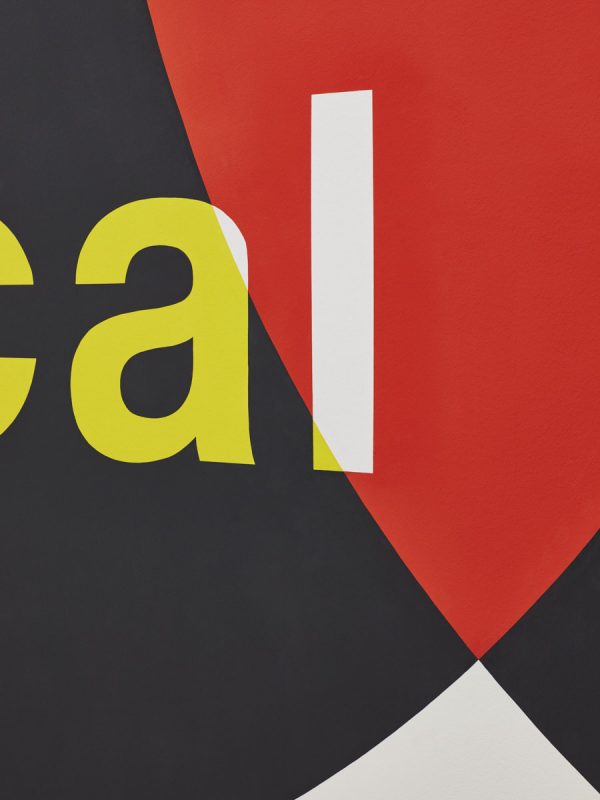 Nora Turato – THANKS, I HATE IT!

Language is the central theme of Nora Turato’s performances, videos and wall works. She writes and performs spoken-word poems, interweaving text fragments from advertising slogans and everyday communication, and reflecting the language and textual culture of the present day.
Laure Prouvost 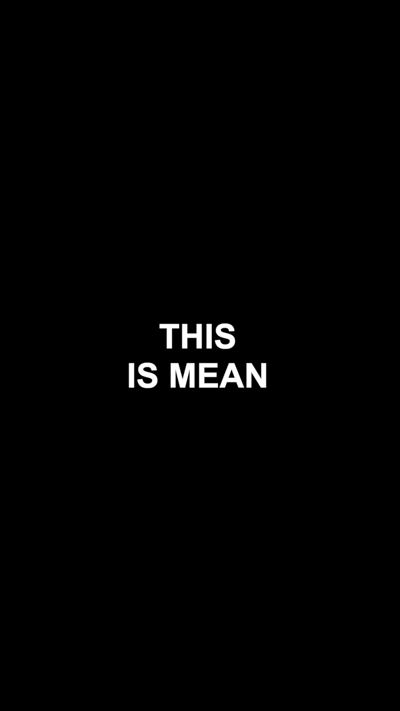 Laure Prouvost creates intermedial installations that move between fiction and reality. Whether her works take the form of film, video, sound or sculpture, they always have strong narratives.
David Shrigley 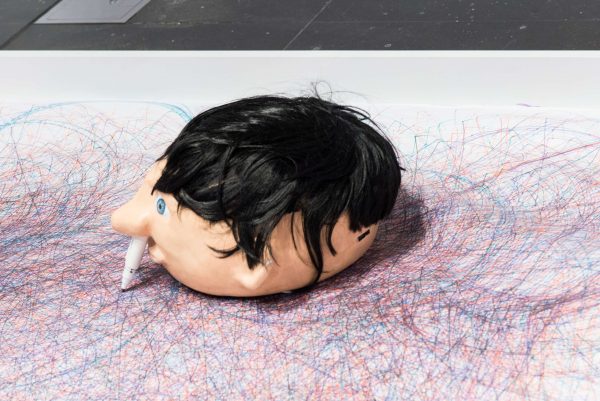 David Shrigley uses humour and brutal honesty as artistic means. His drawings, paintings and animated films are often based on an interaction between the image and the text, while his sculptures, sound installations and interventions in public spaces combine striking visual force with subtle jokes.
Isabel Lewis & Dirk Bell 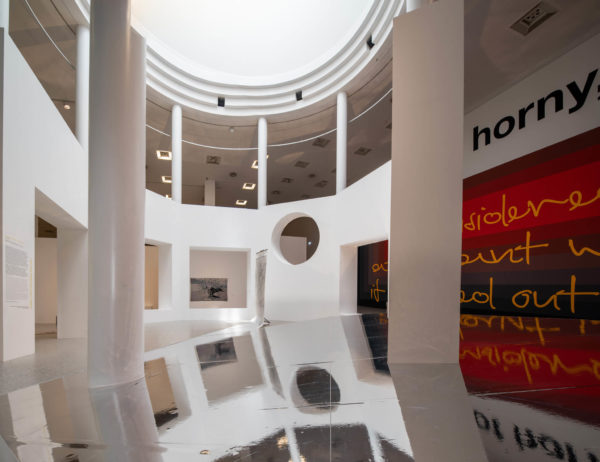 Gazebo (even if) 2020 invites you to entrust yourself to the architecture, to get involved, but above all to experience the space intuitively. Isabel Lewis wants to seduce her audience even when she is not there.
Hannah Weinberger 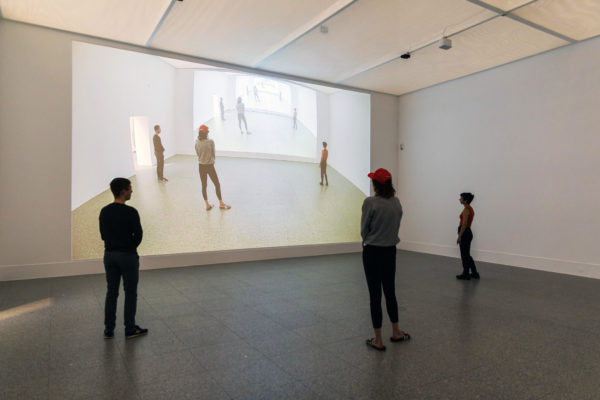 Hannah Weinberger develops spaces of experiences, sound and video installations, that she conceives as complete compositions. we didn’t want to leave is constantly changing. An algorithm produces an endless series of new sounds. Unique each time, they resound in the space and cannot be reproduced.
Simon Fujiwara 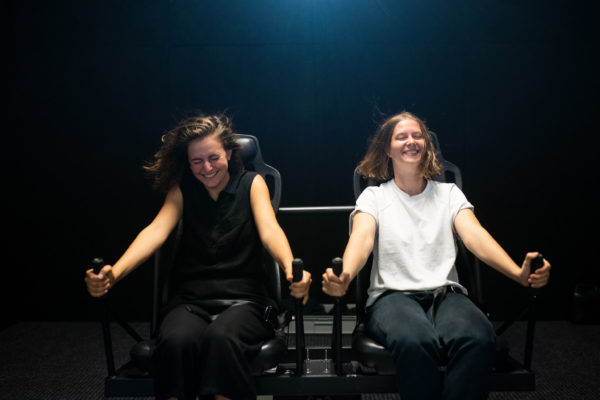 Simon Fujiwara engages with the images and narratives of our time. What kind of content shapes our everyday visual culture, how do we consume, and how do we communicate with the aid of different media? He is especially interested in the stories and strategies that individuals and societies use to define themselves and form their identities.
Raphaela Vogel

Raphaela Vogel combines different, often contradictory media and art genres in a virtuoso manner. Her installations bring together objects and sculptures with videos in which she often appears herself, sings or plays the piano.